Ode to a Record Store

You may not have noticed it or marked its passing but Saturday was World Record Store Day.
A day to celebrate independent record stores. Many limited edition items including vinyl (yes you can still buy it) was for sale. Some artists made instore appearances and much merriment was had.


We spent it quietly - listening to FBI Radio our local independent radio station. The djs spent much time talking about their first albums (some on cassette but mostly on cd) making me feel old.

The other thing it made me think about is that period of my life when buying new music was as essential as breathing.

In my teenage high school years and subsequent university years my part time job bought me a stereo including a turbtable and lots of Vinyl, Cassingles and eventually a rididculous amount CD's. This continued into my early working life and was often augmented with live music at a variety of venues around Sydney. Often well almost weekly.

My favourite record store was Galleon Records in Fairfield. Local to me but still requiring a trip to the shopping centre by bus. Shopping for music was an event mostly on a Thursday night (i got paid Wednesday's for my casual work!). The great thing was they stocked more than just top 40, lots of independent and local bands and musicians were available the range was extensive and supplemented with T-shirts and other merchandising.

Here I fell in love with The Go-Betweens, The Clouds, The Hummingbirds, Paul Kelly, Nick Cave, The Falling Joys and a range of other local and international artists. These initial outings led me to GW McLennan and his collaboration with Steve Kilbey and on through a range of musical adventures. I realise my love of local independent talent stems from these days and my continued live music passion still persists (although not as fervently).

The absolute best thing about Galleon Records was that for every full price CD you bought you got a voucher. Collect 10 and get a new CD free. I think my silly volume of CD's (now combined with T's - yes we did have overlap but not as much as you would expect).

My brother, neighbour and I collected these vouchers and used them regularly as did many of my friends. The staff were like friends greeting you warmly and letting you know what was coming up. Collecting deposits for pre-orders and eventually special editions - can you say picture disc?

Like many local record stores I believe Galleon has closed. I haven't been out that way in years.
But this weekend I remembered it fondly and the influence it has had on me and my perpetual CD collection.

As my university and working life bought me into the city I supplemented Galleon with the wonderful independent stores scattered throughout the city Red Eye (still a major independent today) and the now closed shops of Waterfront (in its many locations), Phantom and Half A Cow who were based in Glebe. The last three also managed independent labels consisting in some format until this day.

Phantom signed artists such as Def fx and The Whitlams and an offshot published the work of Swoop (the band which spawned Professor Groove and The Booty Affair - a funk live experience of mythic proportions)  Waterfront hit it big (huge) with Rat Cat but also released the Happy Hate Me Nots, The Hard Ons (best known for collaborating with Henry Rollins) and The Trilobites. Half a Cow was the offspring of Nic Dalton who  co-opted his parents book store and turned added music and comics. The label's artists were incredibly diverse The wonderful Smudge and Sneeze, Kim Salmon and the Surrealists, the dulcet tones of Bernie Hayes, the fuzzy guitar pop of Sidewinder and Swirl, and the Peter O'Doherty Reg Mombassa project Dog Trumpet.

Now my music purchases tend to end up coming from JB Hi-Fi not as exciting or passion enducing.
I miss the old record store - but am happy the labels continue.

Do you have a favourite record store?

My focus has been knitting heaps of baby clothes. Cardigans stripes and elephants preceded by hats!

Lastly more stripes and elephants for a cotton toy bag! 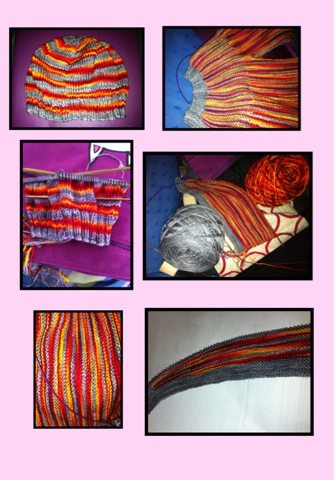 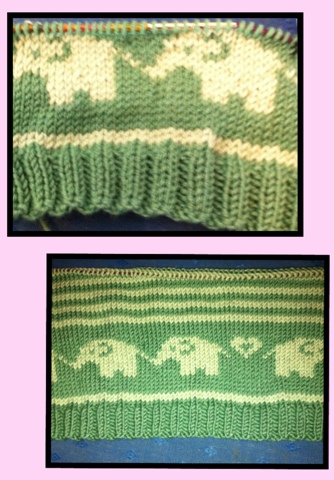 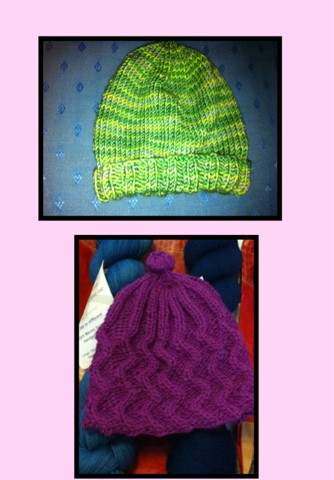